It’s bread made of good food, filled with honesty and sincerity.

We have opened a new chapter for bakeries,
based upon time-honored traditions and new technologies.


Since the launching of its first store launch in June 1969, Poongnyun Bakery has eagerly responded to its customers’ demands for an upgraded bakery, with a management philosophy of “With our all hearts and the best technologies, let’s create excellent products and services to become a world-class corporation.”
For many long years, we have accumulated both traditional techniques and the latest technologies, and alongside our baking masters who are Korean Master Craftsmen and Confectioners we have set the technical directions and developed each of our products in person. This is why Poongnyun Bakery is loved by our customers.
In October 2015, Poongnyun Bakery moved its plants to Palbok-dong, Jeonju-si, and began the full scale operation of its franchise business. Since then, we have been faced with a huge wave of other franchise shops from large companies, and have also experienced the aftermath of agflation (a crisis due to the rapid grain price rise) in 2008. Despite these disadvantages, we are still faithfully fulfilling our promise to make products using Korean flour for the well-being of our population, which is the first step to starting a virtuous circle in our society, and to offering our children a better future.

From its first day until today, it has achieved 18,000 KRW in sales, and Poongnyun Bakery has attained recognition as a local brand in Jeonju, along with the other historic representatives of this region.

However, Poongnyun Bakery once almost lost its right to use the “Poongnyun Jegwa” brand name.

“Poongnyun Jegwa” was adopted in the Jungang-dong days to emphasize the richness of bakery. However, a businessman who ran a bakery for several years in Seoul registered the same name as a trademark (Register No.: 40000505400001960.08.23). Consequently, Kim Saeng-soo, the 2nd CEO received a claim from the Seoul Poongnyun Jegwa asking that he remove the sign from the shop, as this was considered as an obvious case of trademark theft. Kim headed straight to the registered owner in Seoul, and fortunately found that the bakery shop was the same one where he had learned his baking skills. Kim knelt before the bakery owner as soon as he met him, and requested that he be allowed to continue using the trademark that Kim had developed. Hearing Kim’s promise to extend the fame of Poongnyun Jegwa in Seoul to Jeonju, the owner at last accepted Kim’s request, and Kim escaped the crisis of changing the trademark. Since then, Poongnyun Bakery has applied for the registration of its trademark and services (05.17.1983.), which was completed (05.02.1984.), and the bakery has kept its precious name through many ups and downs until today.

We will more cherish our 60-year-old brand for the next 6 decades, as Poongnyun Bakery grows into a company with a global reach.

국내산 Korean domestic wheat, unlike imported ones, is a soft wheat in which the seed is sown in the fall and the grain is harvested in the spring, due to influence of Korea’s oceanic climate.
Because it is sown in the winter, Korean wheat experiences no harm from insects, and is grown with no use of pesticides. Moreover, because it is milled right after reaping and drying, there’s no chemical process to prevent the grain decay, which makes Korean wheat safer. In particular, a strong antioxidant effacement is present within a wheat sprout that survives the cold weather in the winter and then pops out of the ground.
Previously, Korean domestic wheat was used for only multipurpose flour (medium flour for noodles, Sujebi, dumpling skins, etc.) due to its low protein content; but at present, it is possible to produce Korean wheat bread and snacks with an identical quality compared to those made of imported wheats.
This was made possible by the unique ‘Baking Method,’ which Gang Dong-O Cake’s developed through a long R&D process and its accumulated technological capabilities. Through our development process, natural enzymes make up for the flaws in the Korean wheat, and enable us to use only Korean wheat all the high quality products that are presented to our customers.

We use ‘Boramchan’ and ‘Draechan’, new rice varieties that are optimized for processing with a high-yield and lengthened grains, in which have been secured through a form of contract farming.
These are the materials for various kinds of gluten-free food products the contain no flour, including Senbei, cakes and cookies.

These enzymes exist in a natural state or in living organisms, and take on the role of strengthening the bonds between proteins. When used in Korean wheat that contains less gluten, they make up for this flaw to improve the texture and volume of the bread.

We use only Korean domestic grains and ingredients like beans, peanuts, ginger, millet, and sorghum.

Natural Sourdough Made from Domestic Grains

We ferment grains that are grown in Korea (oats, rye, barley, malt, sorghum, etc.) with just air, water and salt. This fermentation process is repeated 5 times until we obtain a natural yeast through no artificial processes, which we then we mix with domestic flour dough to produce bread.
Gang Dong-O Cake’s natural sourdough is made from Korean grains, unlike the existing fruit-based sourdough, and has been developed for the first time as grain-type product in Korea. Also, in our production method, we have created our own unique methods that do not follow the traditional French ones.
Our sourdough bread, made of natural grains, is revitalizing the farmers who cultivate rare grains in Korea, and is safely offered to consumers as a new local food that considers taste, quality and their health.

A factory located directly in each shop make the products in a clean and hygiene environment,
with no frozen dough provided from the headquarters.
All products are made of only Korean domestic wheat, especially in our company-operated shops, 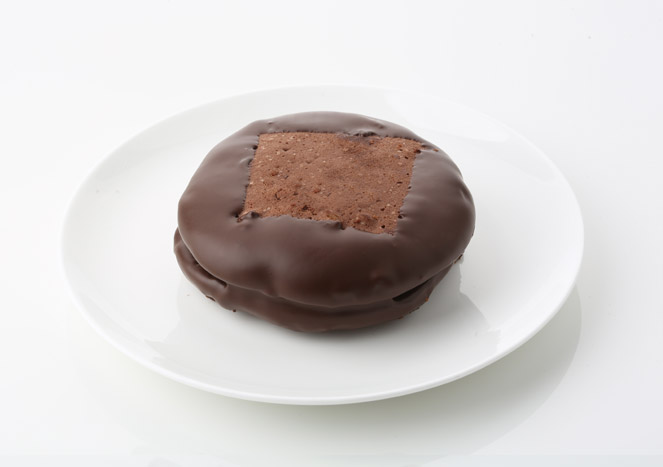 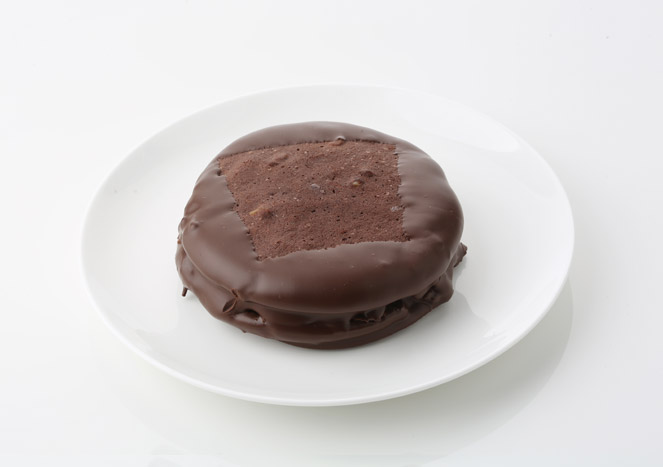 Real Choco Pie
The bittersweet taste of chocolate will stand out strongly in your mouth. 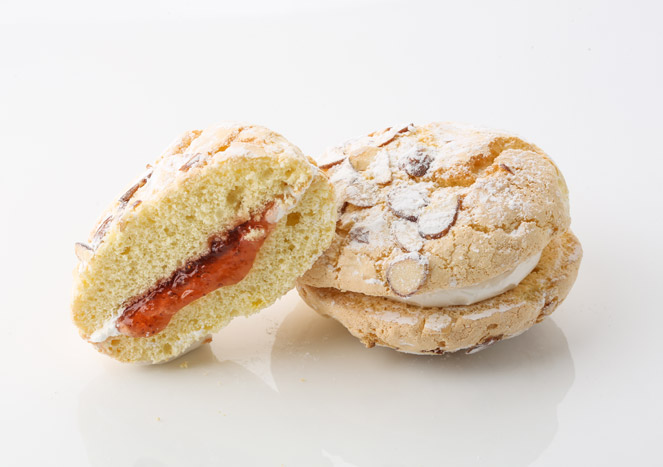 Almond Bouchee
A neat bread made of almond powder embedded with white and fragrant almond slices. 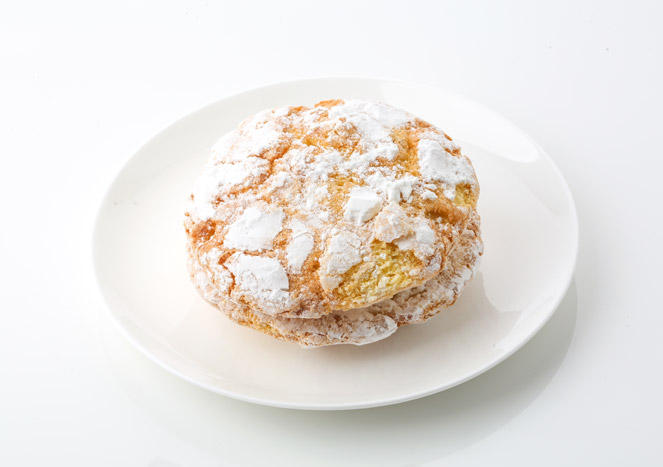 Corn Bouchee
A savory bread made of corn flour sprinkled with a sweet sugar powder.

Senbei (Jeongbyeong), an iconic product of Poongnyun Bakery,
is made from main ingredients that include flour, seaweed, beans, ginger,
and pine nut (4 flovors), through low-temperature ripening.
Poongnyun Bakery’s Senbei has been determined to be a food of that arouses
nostalgia from the old days, succeeding its fame.

Senbei is reminiscence for everybody in all ages that is made by
masters and according to the original traditional recipe. 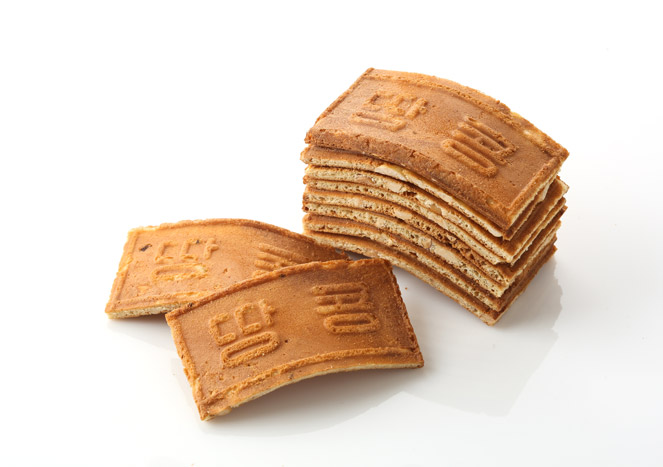 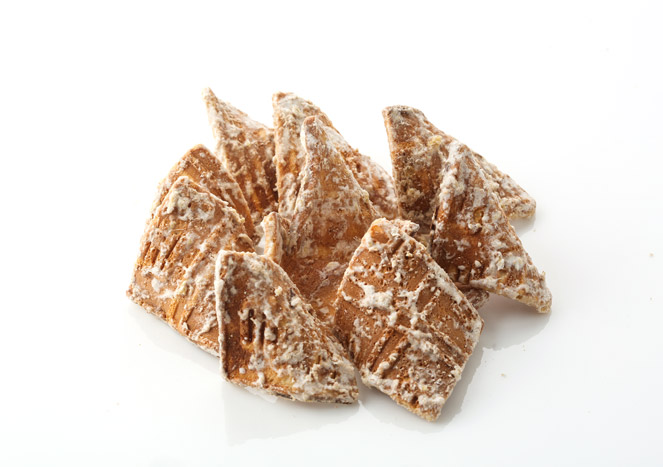 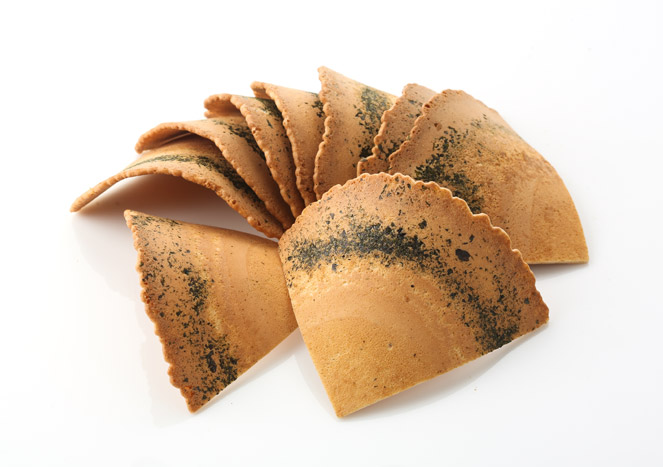 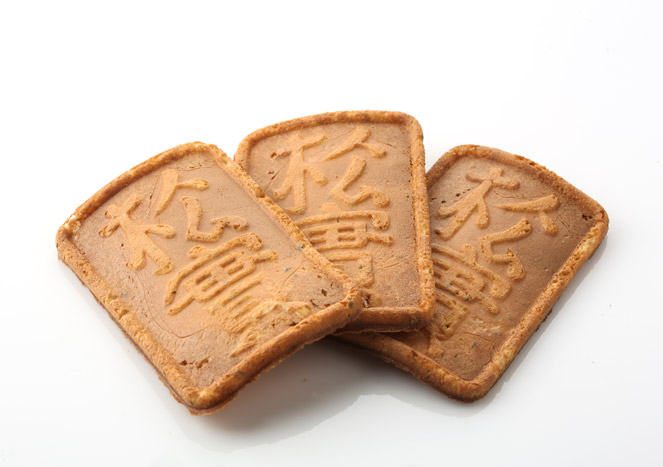 송실전병
Sesame adding savorier flavor is rich in the Senbei. 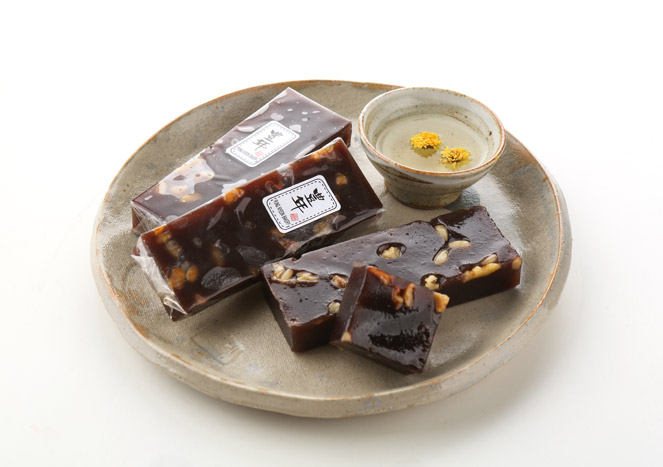 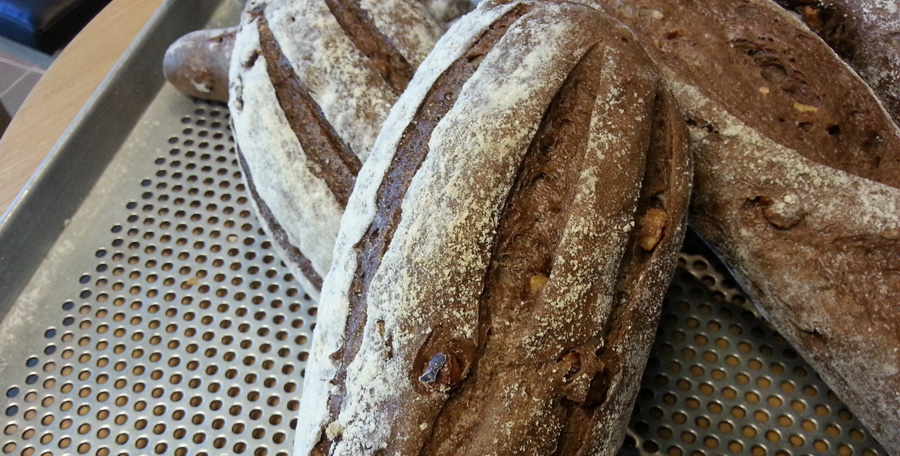 ※ Our naturally fermented bread, which utilizes fermenting micro-organisms, is a complete technological capability inherited through 3 generations in the Poongnyun Bakery. The number of Micro-organisms extracted from Korean domestic grains including rye and oats is 3,000-4,000 per 1g, which makes its utilization very hard. However, the number has increased gradually through steady cultivation since the 24th of February in 2013, and the flavor & texture is becoming richer as time goes by.

100% pure natural yeast, with no chemical compounds or additives, gives deeper savory taste with every chew. Naturally fermented bread, made of fermenting micro-organisms is good for your body and easily digested so it can be a proper substitute for a meal.

Meet Poongnyun Bakery close to you

You can get help to open a franchise shop.